For the Magazine Illustration assignment, we had to select one of the given words. I chose “Discovery”. The first thing that comes to mind when thinking of “Discovery” is grandness, like discovering a new land or a new medicine, but I wanted to do something a little different, so I chose the theme of  discovering or re-discovering something mundane but important. Like reading. Sadly, nowadays people either never find the joy of reading, or lose it in the midst of the hustle and bustle of life.

An iconic object when it comes to discovery would be the magnifying lens. Luckily, I had one on hand, so I took it,  found a couple of  hardcover books and started putting them in all sorts of different positions while taking some photographs and making some thumbnails for my composition. 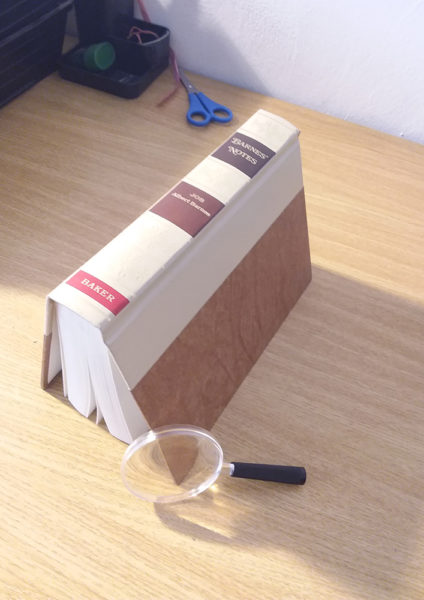 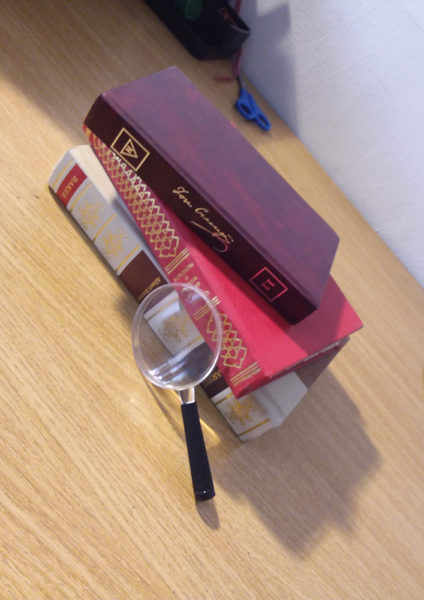 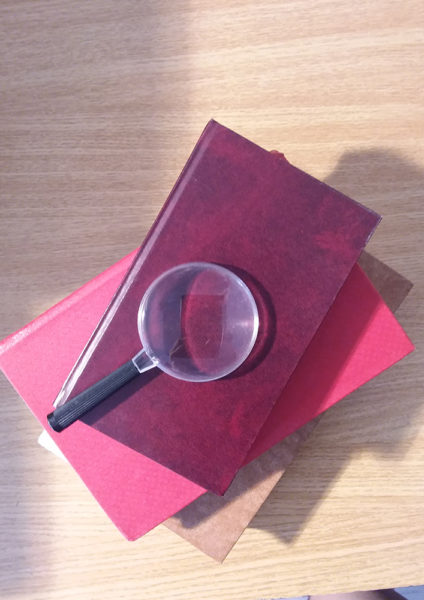 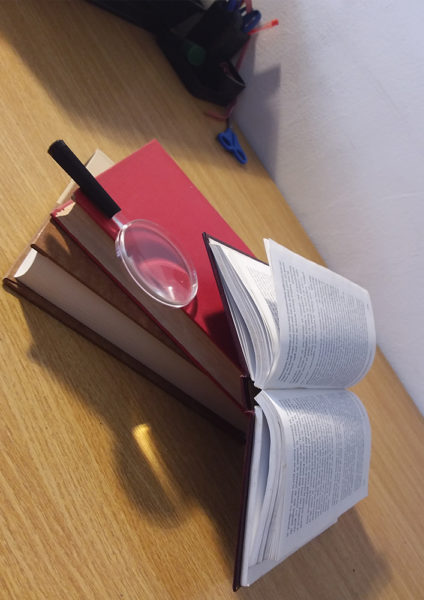 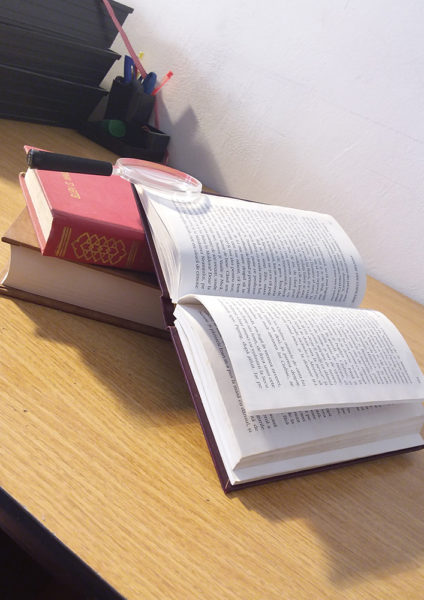 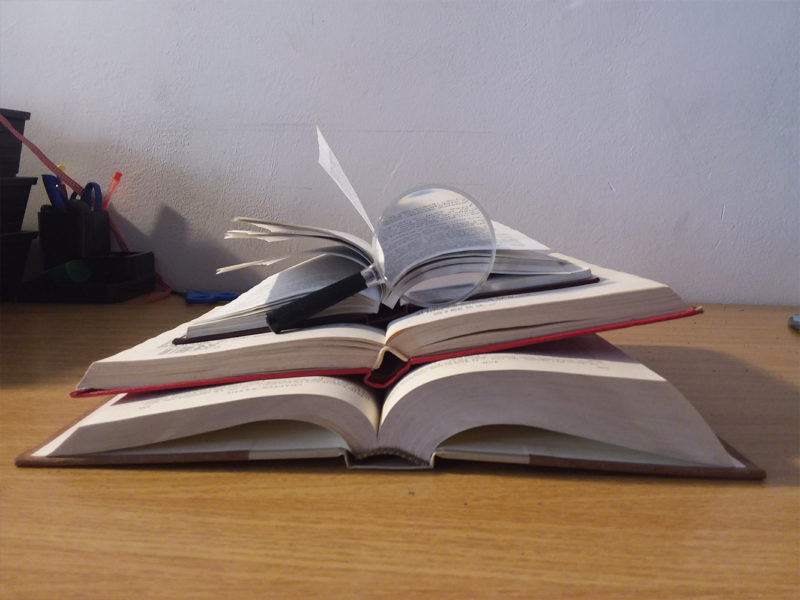 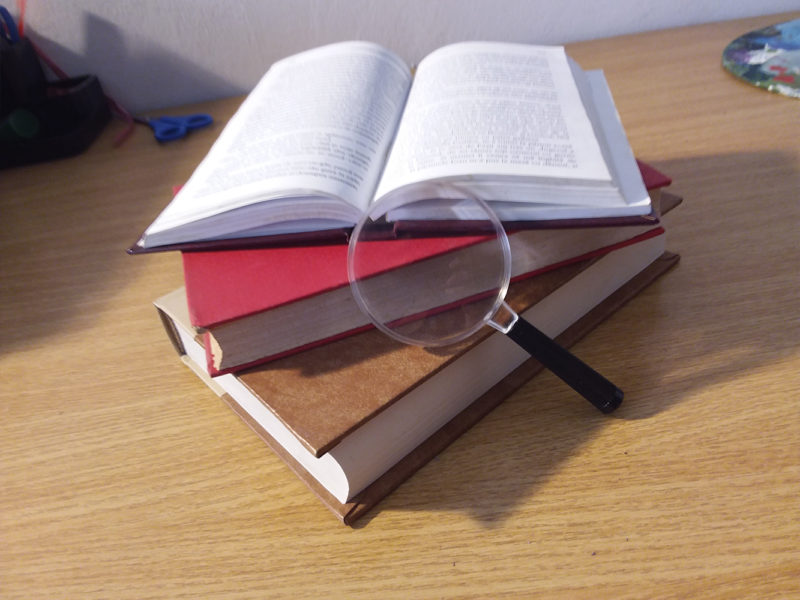 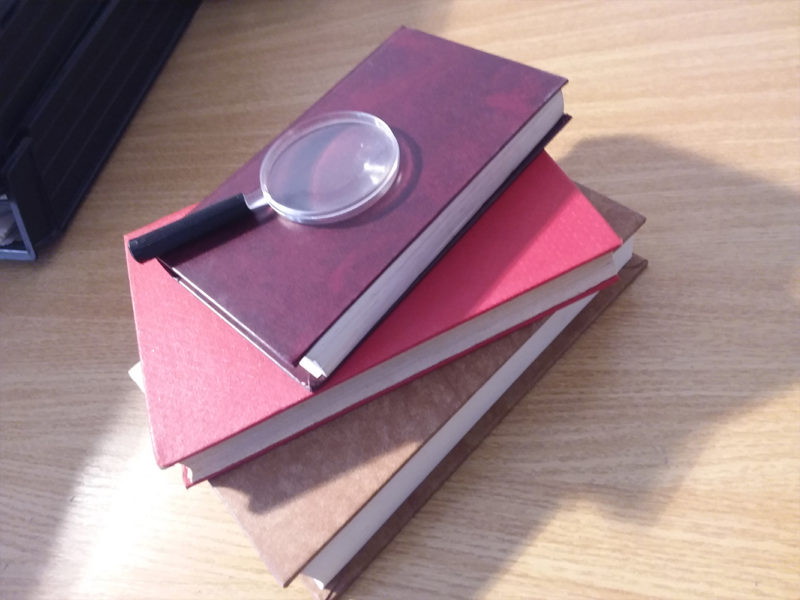 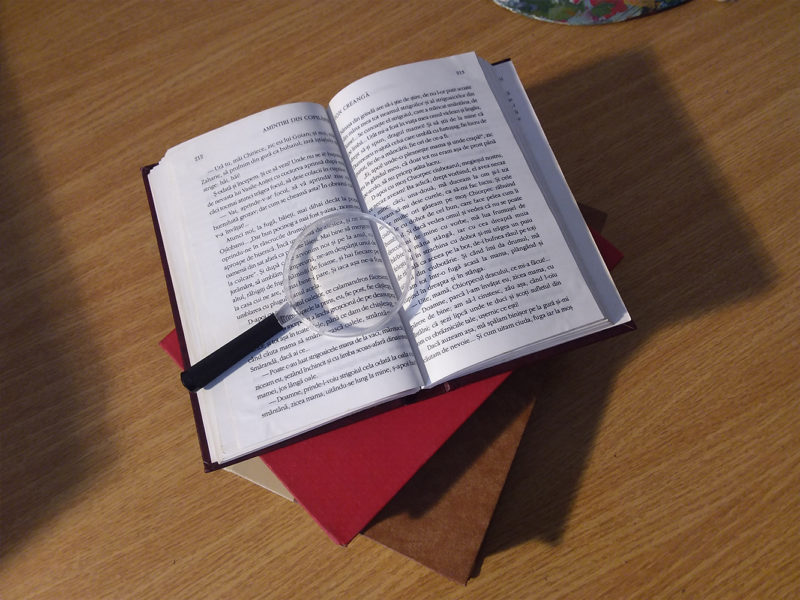 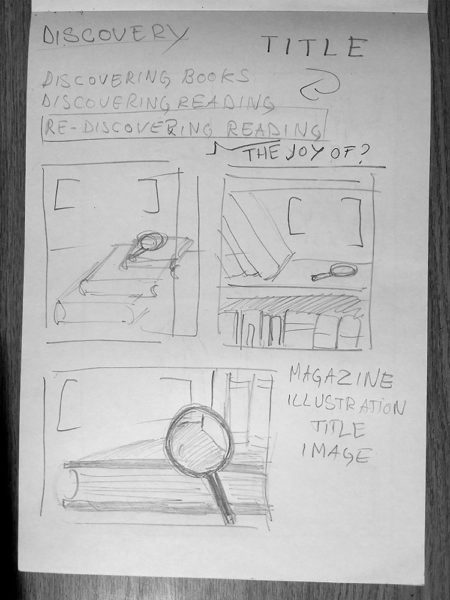 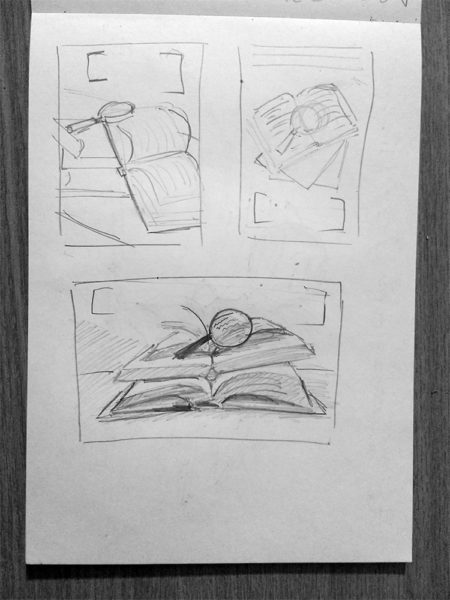 I liked the sketch with the most prominent illusion created by the magnifying lens, so I chose that one for my final. I re-drew the composition on a larger paper and created an outline using a calligraphy pen, then I uploaded it to Photoshop, where I cleaned it up a bit and created my values. I made them blocky and clear for a more modern look. When I was creating the shadows, I accidentally made the triangular shape on the left, which I was originally supposed to cover up, but I decided to emphasize it instead with color. It looked very much like an arrow. And since arrows are a call to action, I decided to color it red, in order to push the call to action effect.

My first idea was to draw a small elf character sitting on the books and beckoning the viewer to re-discover reading. But I also wanted where the glass magnifies the page to be the focal point, so instead of drawing an elf, I wrote a small message from the books themselves to the viewer.

Lastly, I added some texture. My first two tries with the Photoshop texture brushes were alright, but what really brought it home in the end was the map texture keeping in the theme of  “Discovery.” 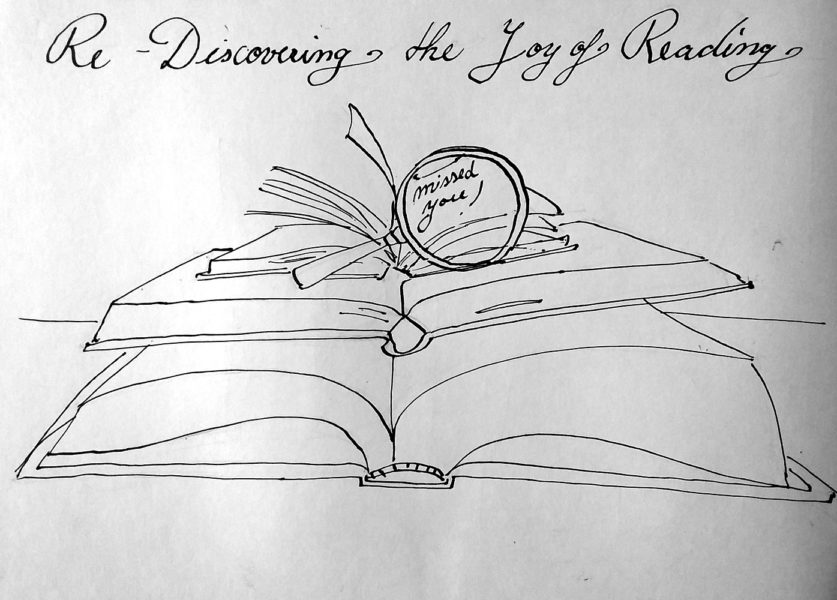 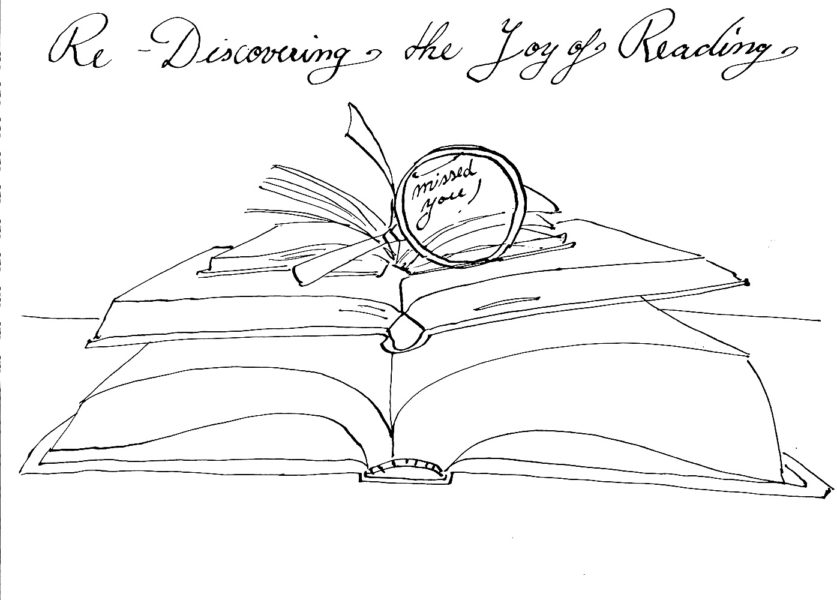 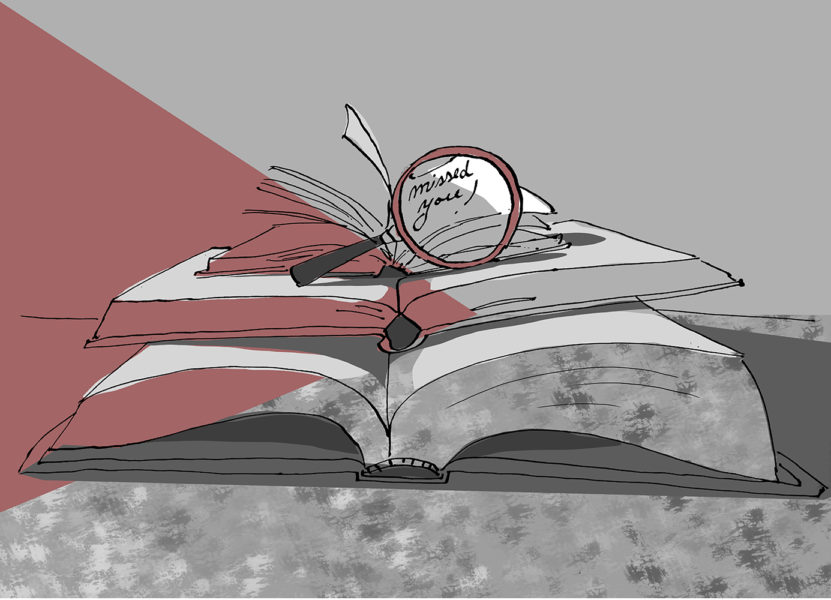 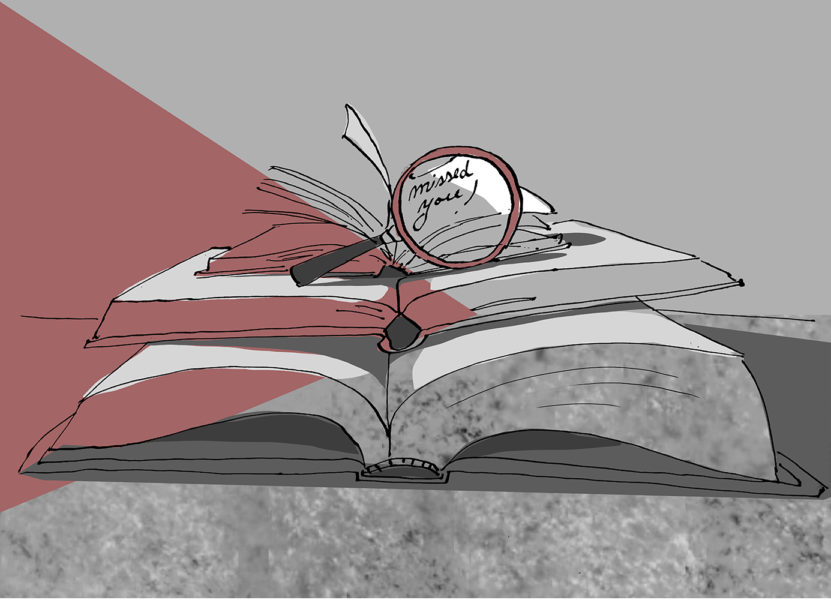 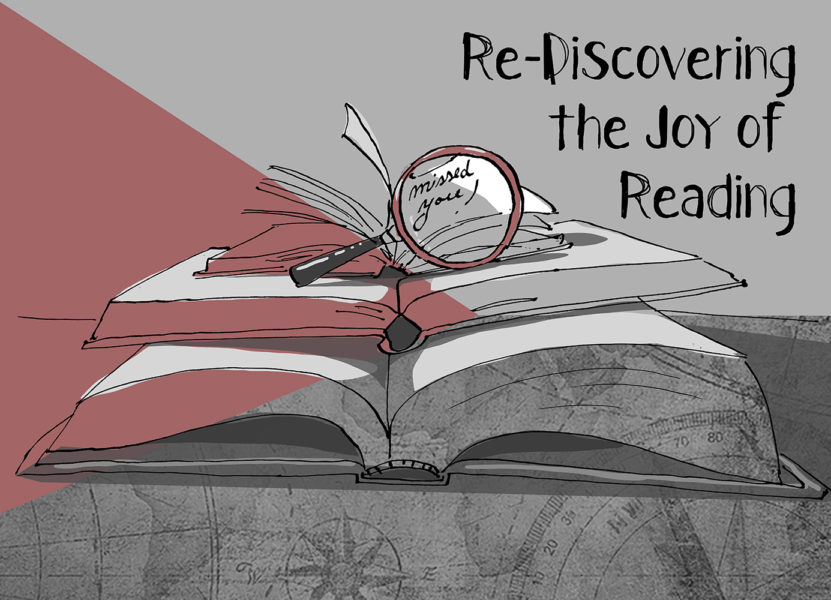 I loved taking something as traditional as a still life and creating a utterly modern design. And I also enjoyed happy accidents in this assignment! I am still learning to bring variety into my work, and I see that letting some of these accidents just happen is a wonderful part of the process. 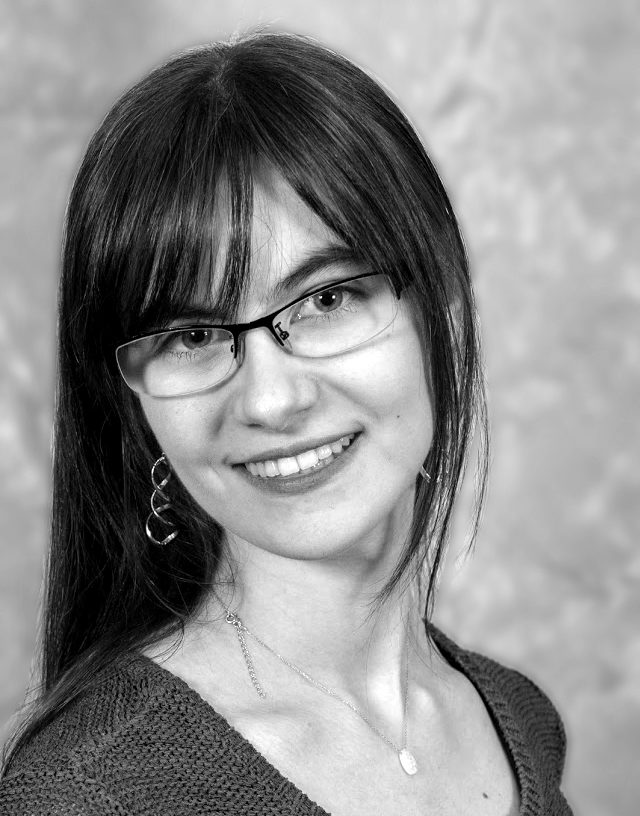